Even few-offs like the Centodieci, which is limited to ten units only, are elaborately developed and fine-tuned by the French luxury brand – in this case, using a state-of-the-art wind tunnel.

Not even the strongest hurricane comes close to the wind which the Centodieci is subjected to aerodynamic testing in the wind tunnel. It envelops the elegant bodywork at up to 300 km/h before slipping off at the rear. A 9,300 PS engine drives an eight-meter propeller, generating a permanent intensive airflow – powerful enough for an airplane to take off.

But not the Bugatti Centodieci. The prototype of the French luxury manufacturer’s new few-off hyper sports car remains firmly on the ground. Five bands simultaneously simulate high speeds of up to 300 km/h – one under each tire and the fifth under the vehicle floor. “We use this to simulate the airflows under the vehicle and in the wheel wells, and then precisely tune the Centodieci,” explains André Kullig, Technical Project Manager for one and few-off projects at Bugatti.

The driveshafts are dismantled ahead of testing in order to prevent the external drive of the wheels from transferring any forces into the vehicle. The vehicle is then fixed with nothing but four small pins in the underbody and its height is varied according to the testing plan.

Independently of the number of units, every new Bugatti model goes through the complete development process, be it a one-off like the La Voiture Noire or the limited run of ten Centodieci vehicles – both with tailored bodyworks. “It makes no difference to us engineers whether we are developing a hyper sports car for one, ten or 500 units – the effort is the same, as we have and want to meet, even exceed the quality and safety standards applicable to mass production,” explains André Kullig. The flat front construction with the smaller horseshoe shape means the wind flows around the vehicle differently than it does around a Chiron or Divo. With a hyper sports car that drives at well above 350 km/h, the aerodynamics and downthrust have to be one hundred percent right. The particular challenge lies in achieving the target value pre-calculated by the developers. Following computer simulation and the first prototype rollout, additional wind tunnel tests are performed before a vehicle undergoes high-speed testing on test tracks and proving grounds. 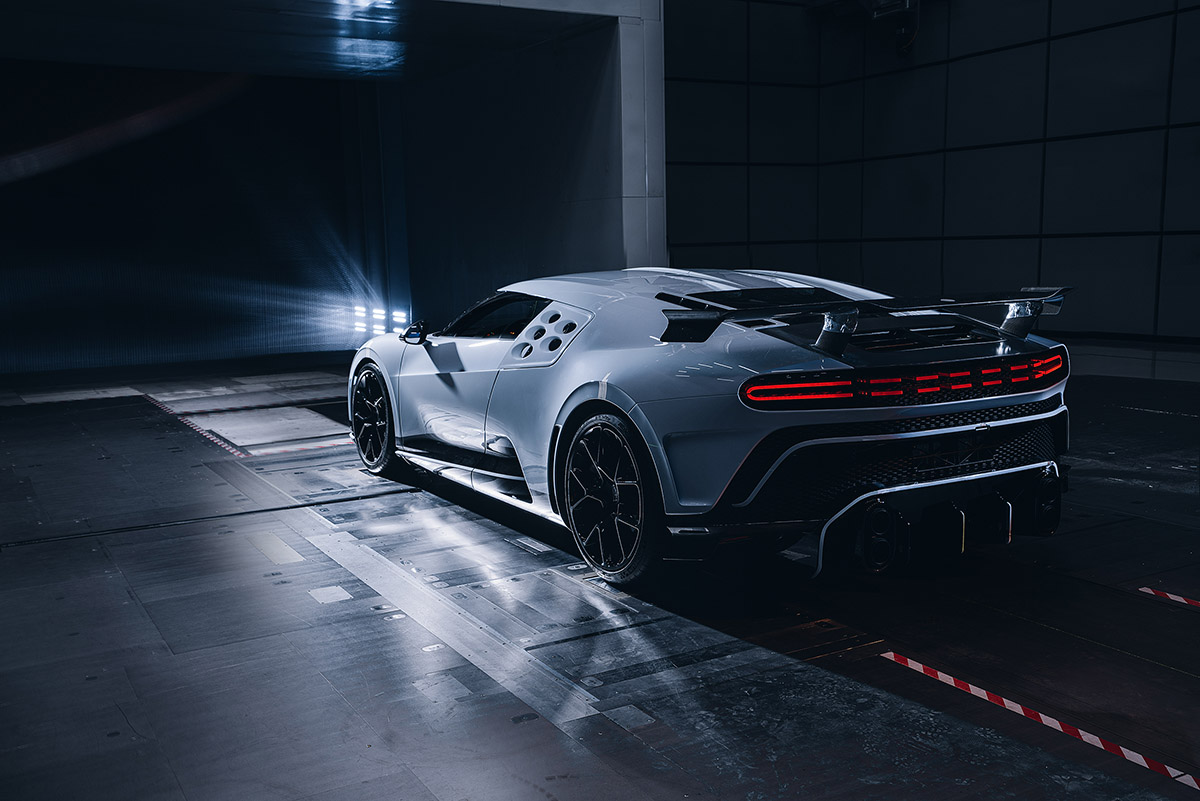 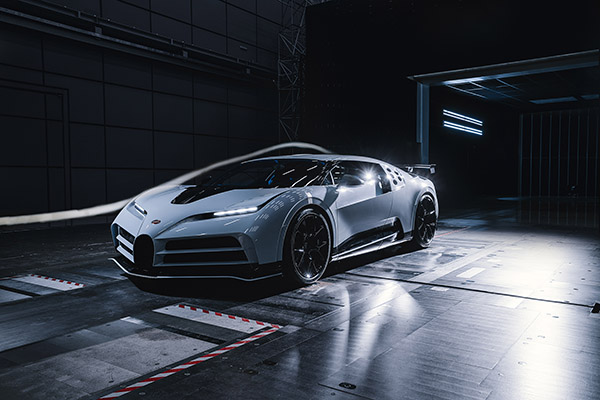 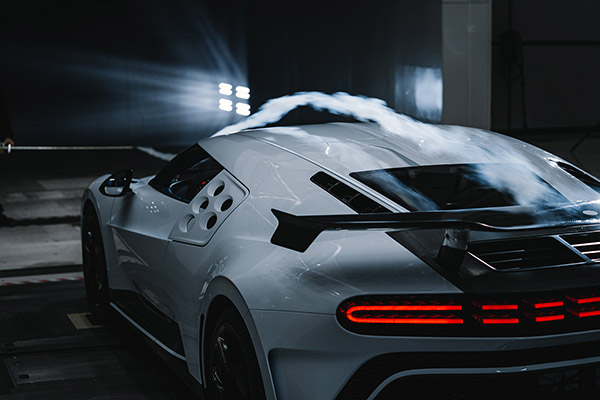