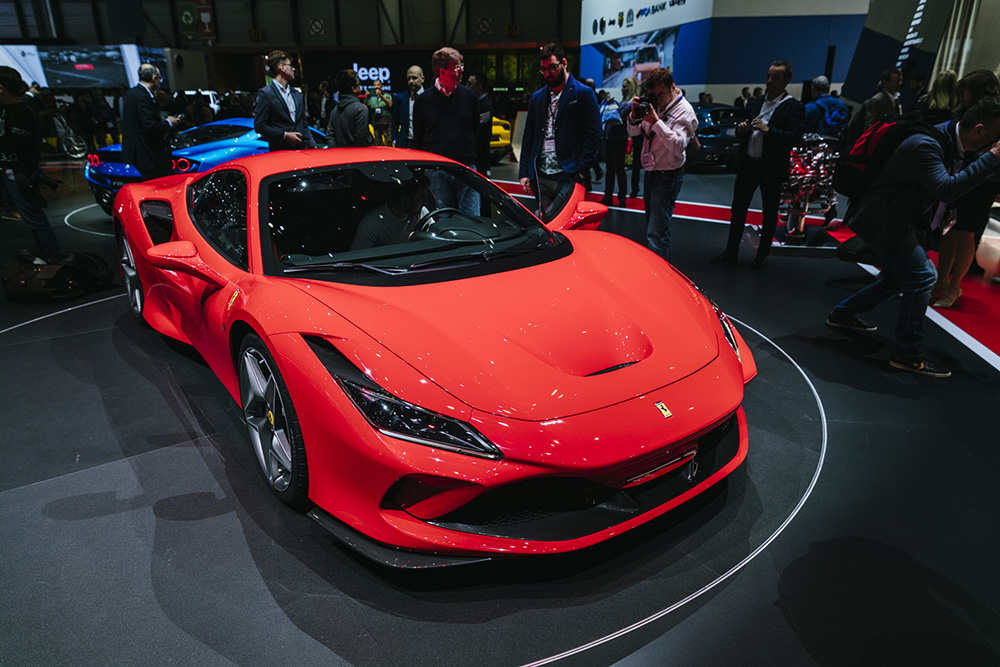 This Ferrari came out of left field, the successor of the Ferrari 488, the F8 Tributo! Shortly after the first press release we are now eye-to-eye with the new F8. The imposing Italian is perhaps the biggest attraction in Geneva. Designed by the Ferrari Styling Centre, the F8 Tributo is essentially a bridge to a new design language that will continue to emphasise Ferrari’s key characteristics.

The front of the car is characterized by the S-Duct, a solution that made its debut on the 488 Pista, but which has been redesigned to suit the extensive modifications made to this area of the car. The result is that the S-Duct alone contributes an impressive 15% to the overall increase in downforce compared to the 488 GTB. The new, more compact, horizontal LED headlights allowed Ferrari’s aerodynamicists to incorporate new brake cooling intakes in combination with those on the outside of the bumper, the aim being to improve air flow throughout the entire wheel-arch and thereby avoid having to increase the size of the braking system to cope with the car’s greater speed.

The new Lexan rear screen showcases the engine compartment and also brings a modern twist to the most distinctive design element from Ferrari’s most famous V8, the F40. The louvres help extract hot air from the engine compartment without impacting the efficiency of the blown spoiler which has been further evolved to increase downforce generated at the rear. The spoiler wraps around the tail lights, visually lowering the car’s centre of gravity and allowing a return to the classic twin light cluster and body-colored tail, another signature of the early 8-cylinder berlinettas like the very first in the legendary series, the 1975 308 GTB.

The cabin retains the classic, driver-oriented cockpit look typical of Ferrari’s mid-rear engined berlinettas, but every element of the dash, door panels and tunnel, has been completely redesigned. The new generation HMI (Human Machine Interface), complete with round air vents, new steering wheel and controls as well as a new 7” passenger touchscreen display, significantly enhance the on-board environment for driver and passenger. 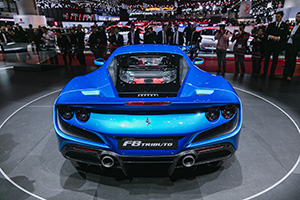 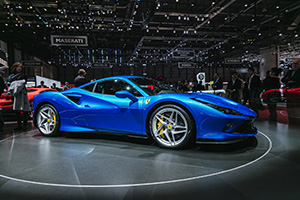 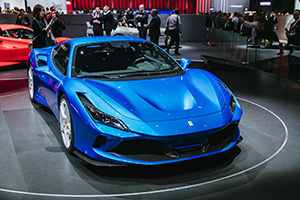 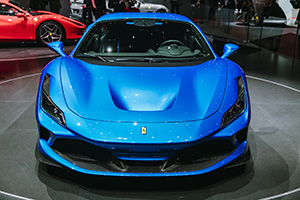 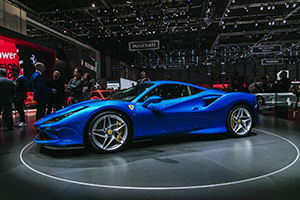 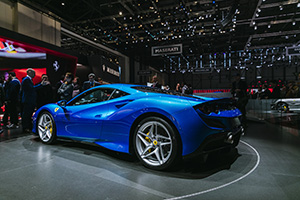 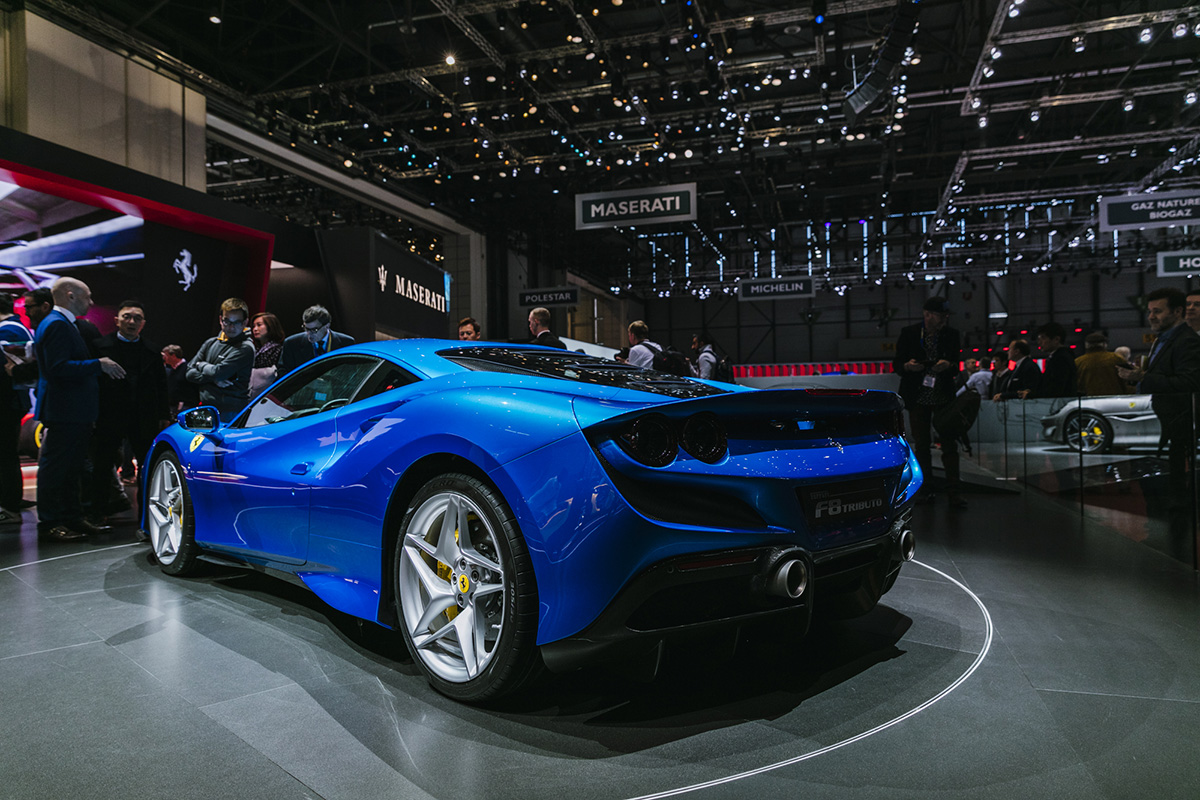 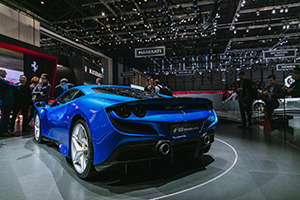 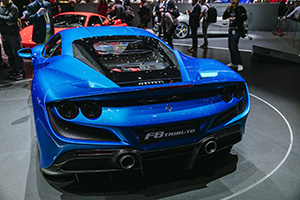 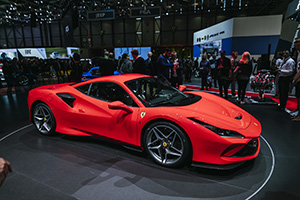 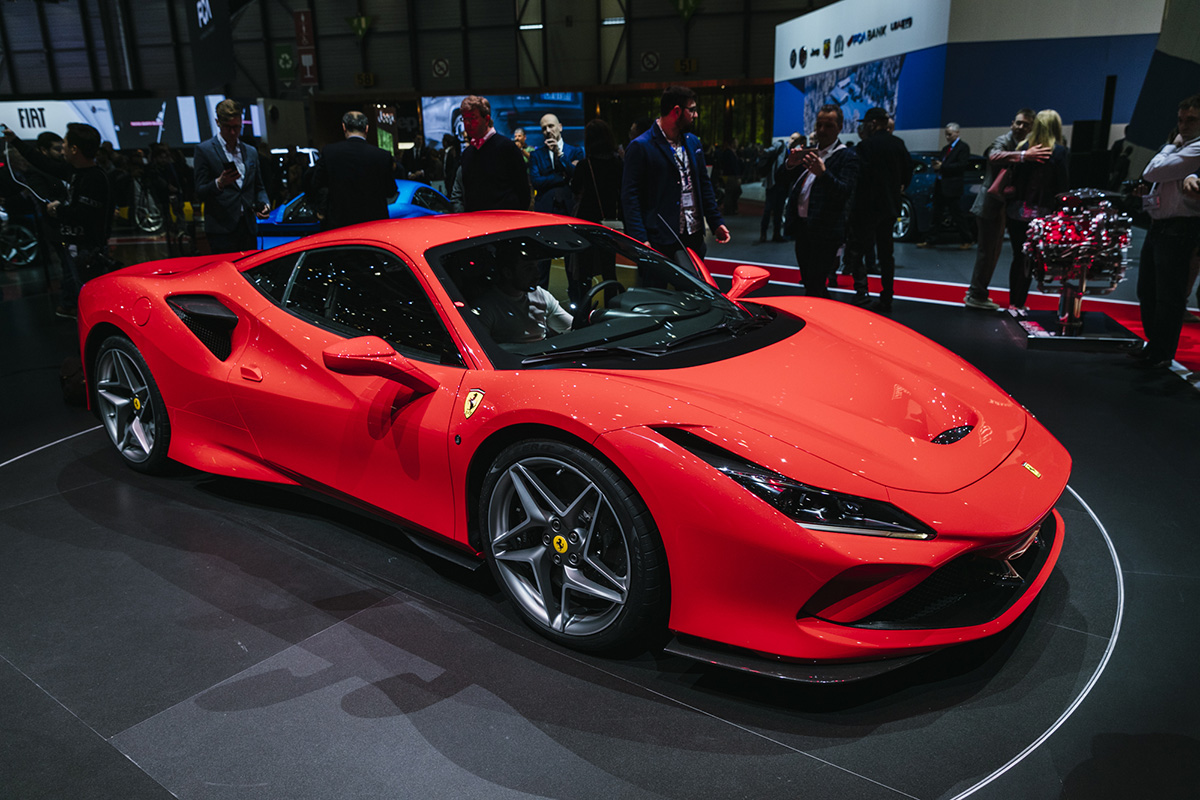 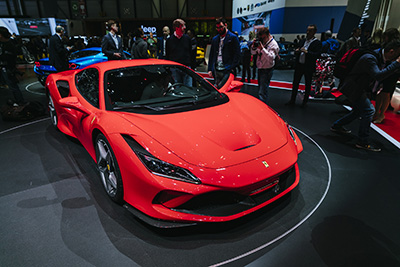 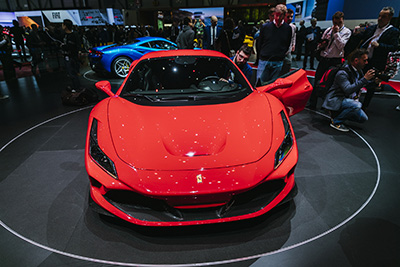 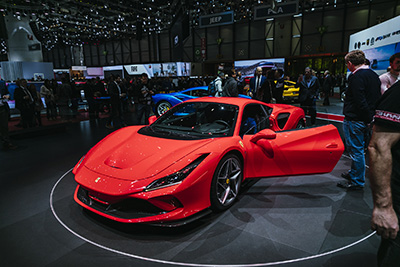