The brand new Aston Martin V12 Vantage was introduced in March and for the last time. The V12 will not return to the Vantage after this. At least, that's what we thought with the previous generation, but nothing turns out to be less true. How could it be otherwise than that an English car is spotted in London and is immediately a first.

With the introduction of the V12 in the Vantage, it is immediately the strongest Vantage ever made and also the most striking. We know of course the rear wing on the butt from the F1 Editions. However, it is the front that has been made even more impressive by Aston Martin. The track width has been increased by 40 millimeters, so that the wheel arches had to be beaten. The hood was also redesigned and that is clearly visible in this spot. Most notable is the gigantic front splitter on the front bumper that continues along the sides as side skirts. Those are huge too! Back to the performance. The engine is the V12 that we know from the DBS Superleggera, only it has been tweaked slightly and produces 700 hp. Good for a sprint to 100 km/h in 3.4 seconds and a top speed of 314 km/h. Only 333 pieces are produced. 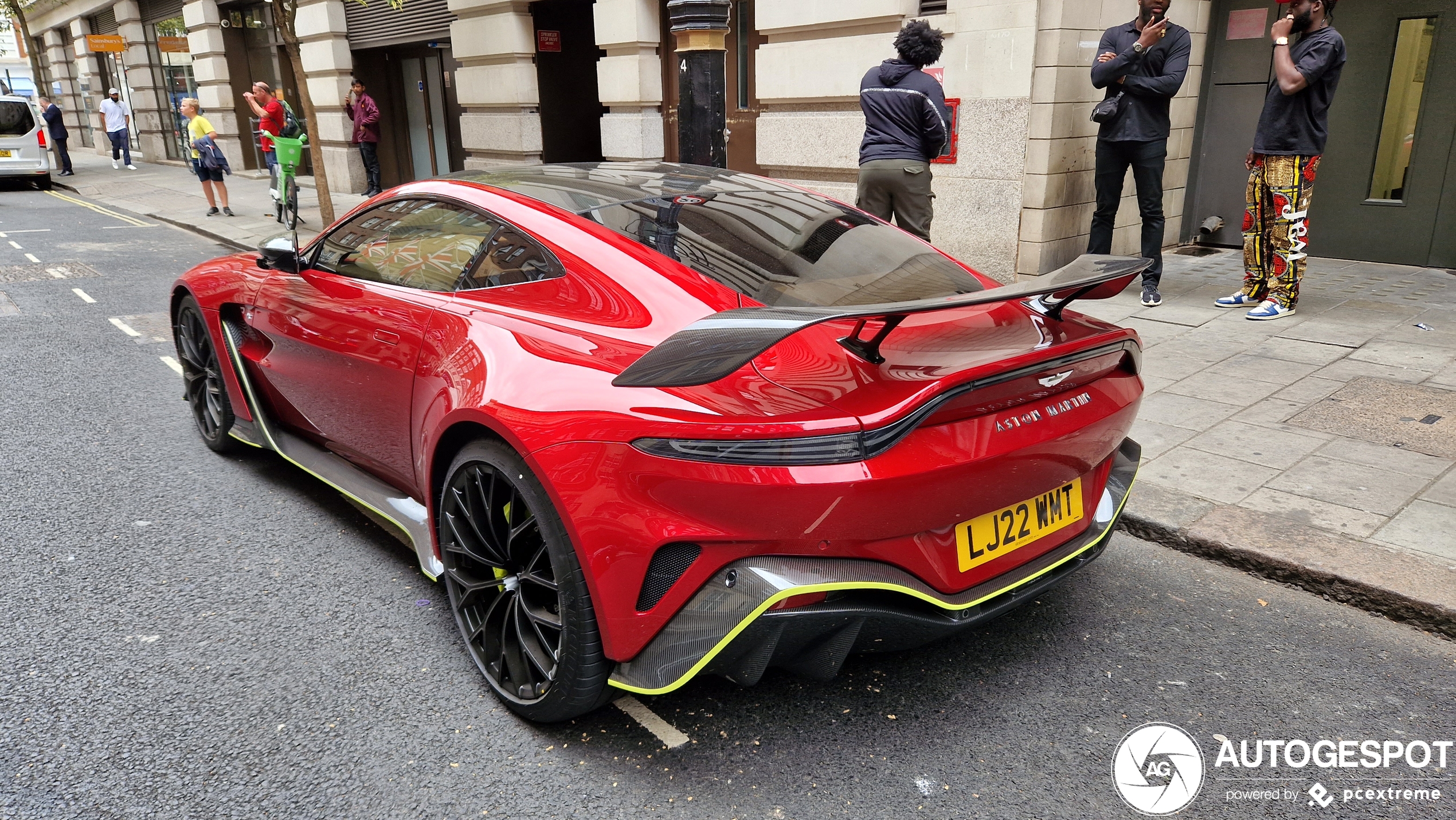