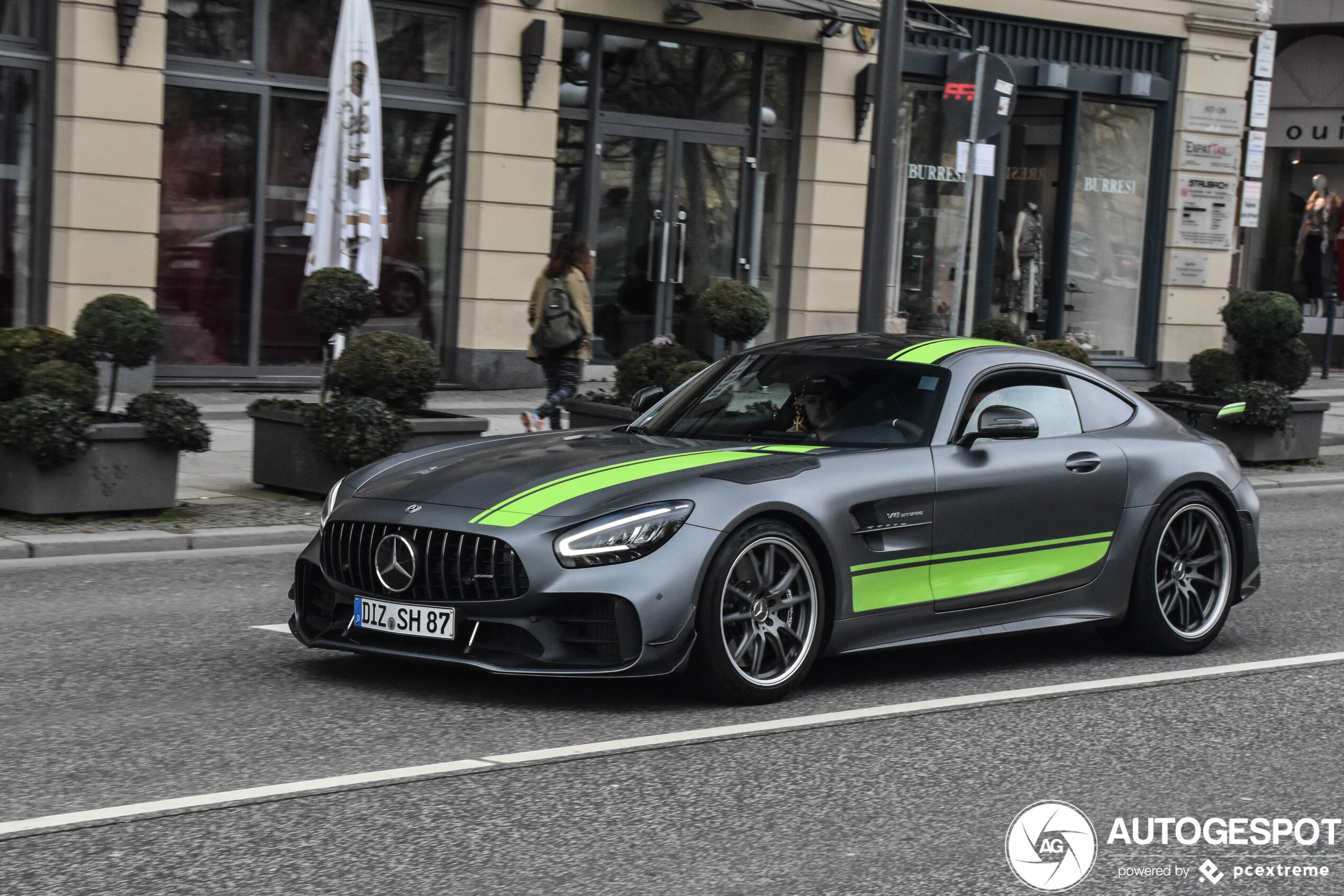 Mercedes is getting its money's worth from the GT model. Where the AMG GTR already was a huge hit the game has been changed once again, boundaries are being pushed and the GTR was beefed up to what we now know to be the GTR Pro.

The fact that the GTR Pro is a serious track car has already been shown by the nurburgring lap times. The Pro shaves a solid 6 seconds of the record time of the regular GTR bringing the new lap time to 7 minutes and 4.6 seconds. Al ot of stuff in and around the car has changed, For example: More aero parts More carbon Enhanced track elementary Updated interior Carbon fibe seats Retuned engine (same BHP output though) New wing. Ofcourse much more is to be told and you can keep finding new details even after looking at this beast for hours. The beefed up GTR will set you back an about 218,000 Euro (excluding taxes) but this number will grow steadily when you start selecting some options! Only 750 units will be produced, let's hope the owners will drive them instead of leaving them parked in the private collections. Would you be tempted to get one of these with the GTR Black series coming up? Or are the GTR and GTR Pro just stepping stones (maybe even requirements) to be eligible to get your hands on the elusive black series? All we know is that almost all car journalists are going crazy over these cars, and on top of that they look amazing!

Click here to see more pictures of this spot!