The spotters on Autogespot manage to do it more and more often: spotting cars before they’re presented. It happens quite often with cars tuned by Anderson Germany, but it also happens with production cars. This time it’s a Bentley Flying Spur V8, a model which isn’t introduced yet.

You may think that you already saw the Flying Spur in Geneva. That’s right, but the V8 version wasn’t present there. The model isn’t even officially announced by Bentley but we already know what it will look like! You can recognize this model by the eight-shaped exhausts. We can also see that the car isn’t completely ready yet. The taillights do not come from Bentley but they seem to come from a Volkswagen. The front is also quite black, what they might have to do make the car stand out less. The car was spotted on its way to Le Mans, at spotters place Coquelles. Almost every English car passes this place and they’re an easy target for the spotters. We can only hope that we will see more nice spots from this place! 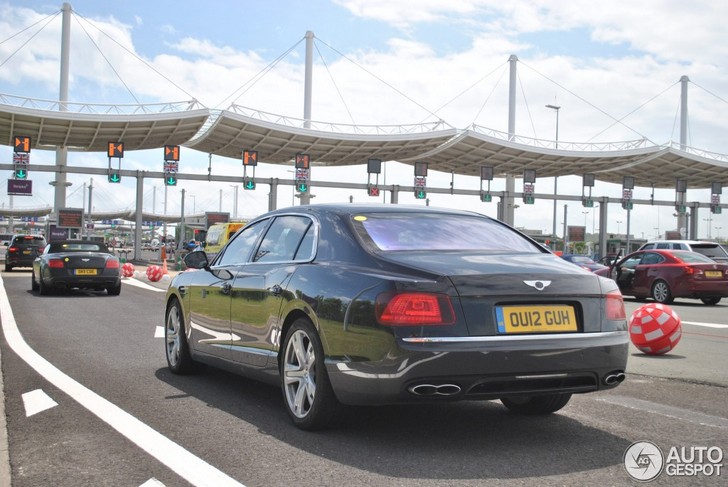